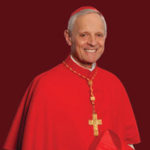 Cardinal Donald Wuerl served as the sixth Archbishop of Washington from 2006-2018 and was made a cardinal in 2010 by Pope Benedict XVI. On October 12, 2018, Pope Francis accepted the resignation Cardinal Wuerl had offered on November 12, 2015 on the date of his 75th birthday.

As Archbishop of Washington, Cardinal Wuerl worked to expand educational opportunities for children and services to those in need, encouraged efforts to share the faith through the New Evangelization, championed the cause of religious freedom, led an effort to plan the Church’s future outreach, and utilized traditional and new media to spread the Gospel. He welcomed two popes to the nation’s capital, Pope Benedict XVI in April 2008 and Pope Francis in September 2015, and marked the 75th anniversary of the archdiocese by convoking its first-ever Archdiocesan Synod in 2014, which charted a blueprint for the local Church’s future outreach. He established the Saint John Paul II Seminary in 2011, the first seminary in the United States named after that saint. Nationally known as a teacher of the faith, Cardinal Wuerl is the author of numerous articles, books, and pastoral letters, including The Challenge of Racism Today. 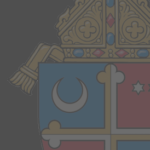 Theodore Edgar McCarrick was the fifth Archbishop of Washington, serving from 2001 to 2006. Made a cardinal in February 2001, he resigned from that office in July 2018 upon his suspension from public ministry and withdrawal from public life for prayer and penance, on allegations of misconduct during his time prior to becoming archbishop of Washington. He was dismissed from the clerical state in February 2019 at the conclusion of a canonical adjudication process by the Congregation for the Doctrine of the Faith. 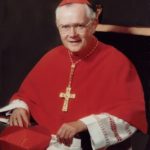 Cardinal James Aloysius Hickey (October 11, 1920 – October 24, 2004) was the fourth Archbishop of Washington, serving from 1980 to 2000, and was made a cardinal in 1988. In his 20 years of pastoral leadership his achievements include his work for the renewal of Catholic education, his efforts to defend and protect the Catholic identity of local institutions, and to advance social justice. He established 12 new parishes, four pastoral missions and two schools during the archdiocese’s largest building boom in decades.

Cardinal Hickey is further credited with creating the region’s most extensive nongovernmental network of social services to people from every background, regardless of religion, race, sex, ethnicity or nationality. He also strengthened faith formation and placed all religious education and parish ministries on solid foundation, with required instruction for all catechists. He founded the annual Youth Rally and Mass for Life as well. In 1986 he led the way in establishing child protection policies and procedures, being one of the first U.S. bishops to recognize the seriousness of clergy sexual abuse of children. 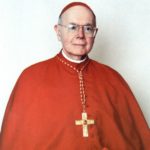 Cardinal William Wakefield Baum (November 21, 1926 – July 23, 2015) was the third Archbishop of Washington, serving from 1973 to his appointment to the Vatican curia in 1980. Created a cardinal in May 1976, he was the longest-serving American cardinal in the nation’s history at the time of his death at the age of 88. Cardinal Baum is remembered for his ministry of engagement, his concern for Catholic education, and his work toward Christian unity and social harmony.

Cardinal Baum’s role as a teacher was a priority. He spoke out strongly in defense of human life and worked to nurture and sustain the Gospel values with all its radical demands. He established special offices in the archdiocese designed to give African-American and Spanish-speaking Catholics a greater voice. He also hosted Pope John Paul II during his 1979 apostolic visit to Washington before being called to serve the Church in Rome. 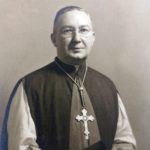 Cardinal Patrick Aloysius O’Boyle (July 18, 1896 – August 10, 1987) was the second Archbishop of Washington overall, but he may also be denoted the first resident archbishop. Made a cardinal in 1967, he is the longest serving archbishop of Washington, with his episcopal ministry running from his installment in 1948 to his retirement in 1973, and he left an indelible legacy in his 25 years as shepherd of the Church of Washington. As the Catholic population of the archdiocese increased from 165,000 to nearly 400,000 at his retirement, 46 new parishes were opened. He oversaw the construction of over 300 other buildings, remarking that he was proud that all had been built for a spiritual purpose.

Cardinal O’Boyle also built bridges of understanding and opportunity between people of different backgrounds and races. Throughout his ministry as priest and archbishop, he was a champion of social justice and civil rights. We worked to integrate the archdiocese’s schools long before the Supreme Court ordered the desegregation of public schools in Brown v. Board of Education, and he promoted equal opportunities in housing, jobs and education for all. 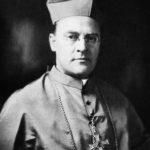 Archbishop Michael Joseph Curley (October 12, 1879 – May 16, 1947) was the first Archbishop of Washington, serving from 1939 until his death in 1947. During that time he remained as well the tenth Archbishop of Baltimore, where he continued to maintain his residence. He was renowned for his outspoken defense of the Catholic faith and Church, his simplicity of life and love of the poor, as well as the advancement of civil rights of African-Americans.

While shepherding the nation’s capital through World War II, denouncing atheistic ideologies and persecution of peoples in Europe, Archbishop Curley continued to be an outspoken defender of the Church and advocate for Catholic education and the disadvantaged at home. In spite of the limitations due to poor health, his accomplishments included building a firm foundation for the new archdiocesan Church of Washington, which has since seen strong and fruitful growth thanks to the efforts of this humble and steadfast prelate.